Death is the harsh reality of life and it is next to impossible to deal with it. Whatever be the situation, death is never acceptable. But at the same time, we cannot escape from the nature’s law. Every creation has its destruction and human beings are not an exception. Dealing with the death of a loved one is the most painful scenario of life. However, this reality will never change and all of us have to accept with heavy hearts.

Arranging a funeral of a family member is the toughest work for anyone. But some service providers make it little bearable for you. Funeral service providers understand the complications of life and have come up with various options to make the difficult duties of life a little smooth. One of the very useful features of this service is Embalming & Washing, the major two functions of these feature are:

1.To allow adequate time between death and funeral to observe social customs such as, visitations and final rites, and
2.To prevent the spread of infection. Also, cosmetic work is often used for aesthetic reasons.

Just like funeral transportation, Embalming & Washing is also very useful when the final rites are delayed for someone’s arrival. We have often seen that people stay away from their home and visit their nation when someone very close person expires. In such situation it becomes difficult to keep the dead-body in the home. However by using Embalming & Washing feature one can preserve the dead body till the time expected person reaches. 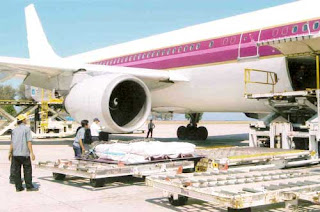 indianfuneral
I'm associated with Indian Funeral Directors for last few years now. Its through blogs, articles etc. we make people aware about the funeral arrangements as we know its important to carry out the last rites properly for the loved ones.